Would you like to switch to the accessible version of this site?

Don't need the accessible version of this site?

We value our patients' experience at Boykin Chiropractic Care. If you are currently a patient, please feel free to complete the following Client Experience Questionnaire. The Questionnaire is in Adobe Acrobat format, and requires the free Acrobat Reader to view.

My kids had strep throat nine times during the school year!!! Yes it is true. We spent $1500 in co-pays for doctor’s appointments and medication to treat their strep throat.

Since we began going to Boykin Chiropractic Care clinic, we have not had one reoccurrence of strep throat for almost a year now!

Dr. Boykin suggested a treatment plan, with the goal: if they were to contract strep half as much, we would be ahead of the game. I agreed. He also talked to me about their diets, washing hands, and other wellness tips. Well you know the results. The kids love going and having their adjustments and will ask if it has been a while. Now our whole family receives chiropractic care and I highly recommend it often with friends, relatives and clients of mine.
- Jane M.

One morning, last April, our five-year-old son began having seizures. The episodes were frequent and grew progressively worse. The neurologists called it an “explosive onset of epilepsy” and informed us that our son’s case was extremely rare. We traveled around the country visiting the leading neurologists and epilepsy programs; however, after months of hospitals and tests, which included numerous brain scans, EEGs, CAT scans, MRI, testing of his spinal fluid and every other test known to science, the experts were completely baffled. The prognosis they offered was our worst nightmare.

We considered brain surgery, but a pre-op workup at UCLA discovered the activity was not confined to one portion of the brain, eliminating surgery as an option. The only form of therapy prescribed to treat our son’s condition was medication. We tried at least six different epilepsy medications, in various combinations and dosages, with no success. He was having 100 seizures a day which fatigued his entire brain, making it difficult for him to even walk and talk. And the side-effects from the medication were taking a toll as well. We were living a nightmare and the experts offered us no hope.

After more than six months of tests and medications, this country’s leading neurologists and medical experts had no idea what was causing this condition, or how to effectively treat our son. With our son’s condition only getting worse, we had no choice but to seek out alternative forms of treatment on our own.

Dr. Boykin came highly recommended. We heard stories and testimonials from dozens of people that Dr. Boykin had successfully treated for a variety of conditions. We decided to make an appointment…THANK GOD.

After examining our son’s x-rays, Dr. Boykin was optimistic that he could help our son. For the first time in nearly a year we had a glimmer of hope. After two weeks of treatment we began to see a decline in the number of severity of the seizures. One month into our twice-a-week treatment schedule and the seizures had completely stopped. It’s been more than three months now without a seizure. We consider this nothing short of a MIRACLE.

Thank you Dr. Boykin for giving us back our beautiful little boy.
- Keith and Paula N.

Dear Dr. Boykin,
Thank you so much for your awesome availability during this very difficult back time. I know that I am turning a corner and coming around. Your generosity and true desire for my good health ministered to me in a significant way. You are God’s gift to me (and my family). Thank you for all you did. Sincerely,
- Bobbie A.

Kindness is the spark that can light the whole world. You have all been so wonderful! Thank you for giving me the gift of being able to walk upright!
- Kyla W. 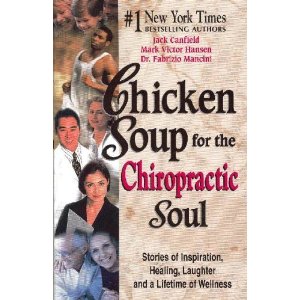 August 1996 was a major milestone in Donovan’s and my life. I was pregnant with our first child. It was an uncomplicated pregnancy, especially with the chiropractic treatment Donovan gave me as I gained weight and my spine changed. I was also excited to have this child naturally. Most of the mothers who came into the clinic expressed their misfortunes of childbearing experiences, except Kellie, my sister-in-law. Kellie spoke of the beauty of the experience and the excitement of bringing a child into the world. I hung onto her words, because, like all first time mothers, I was afraid of the unexpected.

One evening while Donovan and I were attending a child birthing class, the instructor stated that out of every three deliveries, one would be a c-section. I had this horrible feeling in my gut that it would be me. I had gone to all of the required prenatal visits and at each visit, everything was okay.

At 4:30 A.M. on May 17, 1997, I said, “Honey, I think my water broke!” Donovan bolted out of bed to get me a towel, and we waited a few minutes. Then he called the doctor and they told us to go to the hospital immediately

Forty-five minutes later, we arrived at the hospital and made it through admissions smoothly. I was placed in a room and a nurse hooked me up to heart and contraction monitors. While the nurse checked my dilation, Donovan went downstairs to get all our gear. The minute he left, my doctor popped in to check the baby. He didn’t like what he felt, so he brought in an ultra sound machine. After one scan he said, “Your child is breech, and you will have to have an emergency cesarean.”

I was devastated! I held back my tears as fear took over me. I went through the cesarean successfully and Kellie, our new daughter, was healthy. After carrying my child for nine months, I felt like I missed out on the grand finale of giving birth.

We were so ready to go home, but Kellie had a positive hip test. We were told that her hips were dislocated due to the breech position in which she had been. Three days into Kellie’s life, we had to take her to Children’s Hospital for the orthopedist to check her. As we waited patiently for two hours, I looked at all of the different children and parents and prayed they would all receive the care they needed. Finally, another doctor came in and confirmed that her hips were bilaterally dislocated. Kellie would have to wear a full-body brace for six months. I could feel my eyes filling up with wet tears as they placed this contraption on my tiny daughter’s body. We rode home quietly. Kellie’s legs were pushed out like a frog in this brace that went up above her shoulders, around her back and front, and down her legs to her tiny little feet. The six months slowly passed. Everything from bathing to diapering had to be done differently. Even so, she was an amazing little girl.

Donovan worked with her legs often, which was a warmth of reassurance to me.
In June 1999, I was pregnant with our second child. I again attended all of the required doctor’s appointments and everything was going well until about the eighth month. I was told my child was breech again. I was devastated as a doctor explained the invasive procedure to try and turn the child before birth. I would have to wait until I was thirty-three weeks before they could try to physically turn the baby from the outside of my stomach. The procedure would cause bruising, and sometimes a cesarean delivery would have to take place immediately. The chances of the procedure being successful were fifty percent.

That evening, I explained the news regarding our breech child to Donovan. He immediately reassured me that there was a chiropractic procedure to turn breech babies. However, he had not had the opportunity to use the technique, so he called his brother who he knew had helped a number of pregnant women turn their unborn children.

After three treatments, being adjusted every other day, the baby turned. We were lying in bed, and I felt movement that I had never experienced before. Donovan and I lay holding my stomach as we physically felt our child turn inside. I was so relieved. Donovan’s chiropractic care had taken away my disappointments of having another cesarean and the fear of my second child being traumatized by wearing a brace.

On March 22, 1999, at 3:12 A.M., I felt a pain, and my water broke. Forty-five minutes later, we arrived at the hospital. We skipped admissions and two simple pushes later, our second daughter, Kaitlyn, was born naturally without a doctor present. She was immediately laid on my chest for warmth and breastfeeding. After having delivered Kaitlyn, I felt as though my pregnancy was complete and that I had experienced the child birthing process as God had intended.

Because of my wonderful experience with chiropractic, I was able to successfully fulfill a dream and desire to have a child naturally.
- Catherine Boykin

Find us on the map